6 Events and Festivities to See in Belize 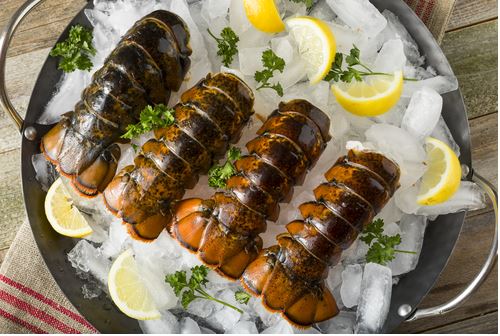 The small Central American country of Belize is known for its rich Latin heritage, breathtaking shorelines, rainforest, and the many unique events and festivities held throughout the year. No matter what time of year you plan to visit, you’ll find a local celebration where you can participate and fully experience the unique Belizean culture. Schedule one or more these unique celebrations into your schedule of Belize fishing tours, snorkeling, and rainforest excursions. Following are a few of the events and festivities in Belize.

Fiesta de Carnaval, also known as the Belize Carnival, is held the week before Lent begins, in February. While there are many boisterous and festive celebrations held throughout the country, you’ll find the biggest in San Pedro, on Ambergris Caye. This particular location is known for its traditional flour fight, which leaves all in attendance coated in colorful flour. This festivity also involves singing, dancing, parades, and a painting competition. If you find yourself in Belize and in February, wear something that can be coated in colorful flour.

Baron Bliss Day is intended to honor Sir Henry Edward Ernest Victor Bliss, the fourth Baron Bliss of the Kingdom of Portugal. Shortly after changing his will to leave two-million dollars to the country of Belize, the Baron died of food poisoning offshore of Belize. This event includes sailboat races, horse races, and kiting competitions. If you’re lucky enough to be in Belize during this celebration, you’ll want to check out the Baron Bliss Memorial Lighthouse and Park located in the Fort George area. Another must-see is the late Bliss’s tomb, under the lighthouse overlooking the harbor entrance to the city.

In Belize, Easter is a weeklong celebration where tourists should expect to experience nationwide shutdowns. Many Belizeans attend religious services and take family trips from Good Friday through Easter Monday. Because Easter is a weeklong celebration, many towns and cities across the country feature special reenactments of the crucifixion. The most famous reenactment is held in Benque Viejo del Carmen, located in western Belize.

Belizeans love lobster, especially during the summer months of June and July. During these months, you’ll find many Belize lobster festivals across the country. At these festivals, you’ll likely find kabobs, tacos, and fresh-out-of-the-shell lobster. Additionally, each festival is complete with music, dancing, Pina Coladas, and other fresh cocktails and snacks. Depending on what region of the country you are visiting, the lobster season begins at different times. For most, the lobster season begins in mid-June with the San Pedro Lobsterfest, followed by the Placencia Lobsterfest in the south of Belize the last week of June. Finally, lobster festivals wrap up with the Caye Caulker Lobsterfest in early July.

The Deer Dance Festival is a truly unique Belizean experience you won’t want to miss. If you are in Belize in August, you’ll want to make your way to the Mayan village of San Antonio in southern Belize. This event features a ritualized dance that emulates the hunting of a deer, followed by locals attempting to scale a greased pole.

There is plenty to do and see in addition to your Belize fishing tours, and visits to sandy beaches and luscious rainforests. Belize is a country with deep-rooted traditions and a rich heritage that can only be fully experienced and appreciated by attending one of the many cultural festivities held throughout the year.